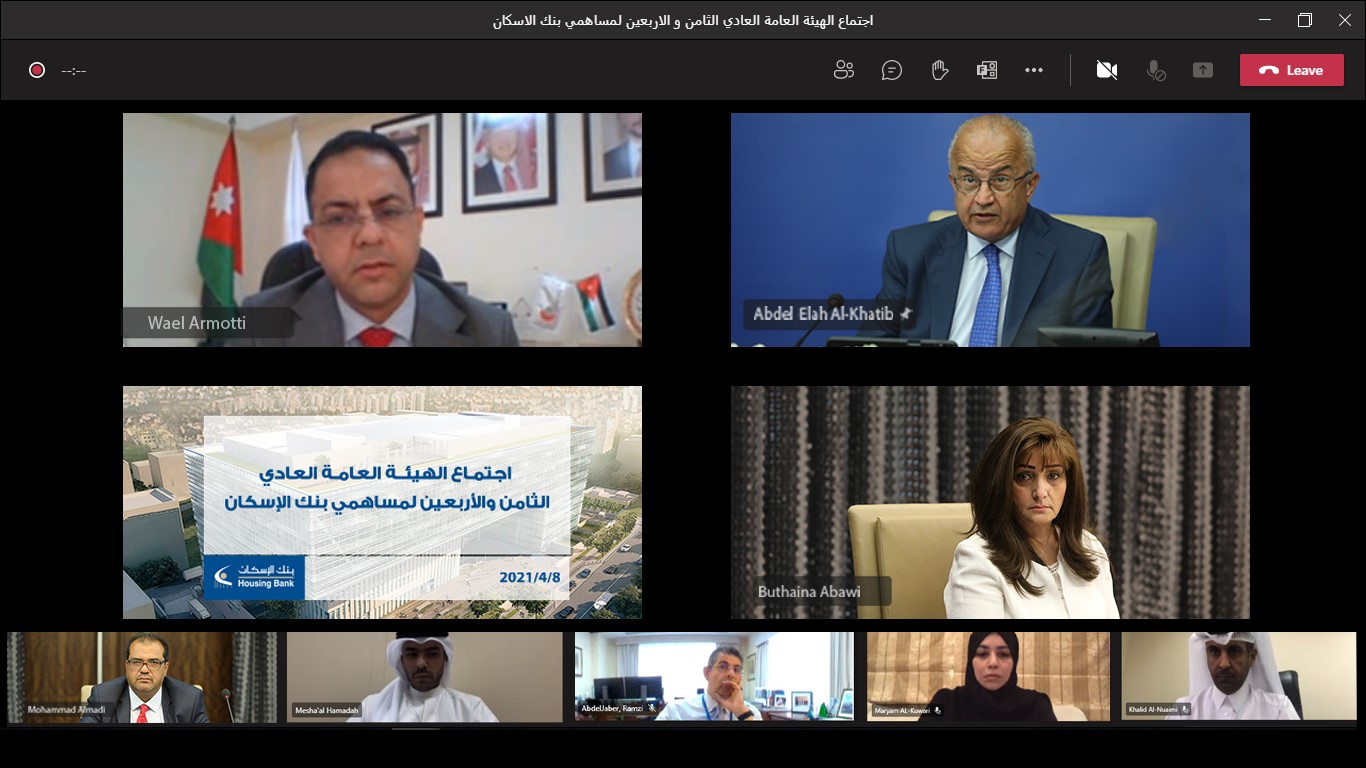 Distribution of 12% Cash Dividends for the year 2020

In line with the provisions of Defense Order No. 5 of 2020 and the procedures issued by the Minister of Industry, Trade and Supply on April 9, 2020, the Housing Bank held its 48th general assembly for shareholders via videoconference at 10 AM on April 8, 2021.

During his opening remarks, Al-Khatib spoke of his appreciation for the outstanding role played by the General Comptroller of Companies in facilitating all procedures for companies to hold their meetings virtually, in addition to the computerization of many essential services provided by the Companies Control Department, both that have effectively contributed to ensuring the continuation and sustainability of business in order to advance the national economy.

According to Al-Khatib, 2020 was a year replete with exceptional challenges and circumstances at the economic, health and social levels as a result of the coronavirus pandemic. Nevertheless, the bank continued its effective and pivotal role in the community, providing JD3.1 million of financial assistance to health, educational and social institutions, as well as more than JD500,000 donated by Housing Bank employees in support of the Ministry of Health's efforts to curb the effects of the pandemic. Furthermore, and in line with the initiatives and guidelines issued by the Central Bank of Jordan, the bank adopted numerous measures to reduce the economic and financial impact on both its corporate and individual clients, launching and participating in programs that targeted the most affected sectors, providing them with financing solutions that include restructuring, rescheduling, or postponing loan installments.

Al-Khatib went on to add that the bank worked tirelessly to ensure the continued safety of its employees and customers by providing them with advanced e-solutions to ensure continuity and as support for businesses, in line with the recommendations of the bank's Senior Emergency Committee, and in compliance with guidelines from the Central Bank of Jordan and government agencies.

Al-Khatib said that despite the difficulties of 2020, the Housing Bank achieved strong operational results and recorded sustainable growth in its operational profits and total income, which confirms the bank's ability to adapt and confront challenges with exceptional effectiveness and agility due to the diversity of its sources of income, its operational efficiency, as well as effective cost control procedures. All these factors led to the achievement of JD203.5 million in operational profits, an increase of 8.6% compared to 2019, while the Group's net profit after provisions and taxes amounted to JD42.5 million compared to JD83.7 million during 2019. This decrease in net profit was a result of booking additional loan loss provisions for the loan portfolio, reached to more than double of the amount booked in the previous year, in order to protect the bank and strengthen its financial position in light of the negative economic conditions resulting from the coronavirus pandemic.

The bank maintains a strong capital base, with total equity amounting to approximately JD1.2 billion at the end of 2020, compared to JD1.1 billion in 2019, while the capital adequacy ratio reached 17.4% and the liquidity ratio stood at 127%, both higher than the requirements of the Central Bank of Jordan and the Basel Committee. The bank's total assets amounted to JD8.3 billion at the end of 2020, customer deposits amounted to JD5.5 billion and credit facilities reached JD4.7 billion at the end of the year 2020, a growth of 1.2% compared to the previous year. The bank maintained sustainable growth in total income, totaling JD364.3 million, compared to JD361 million in 2019, despite the decrease in global interest rates and the temporary stoppage of fee and commission collection in the main markets of the Group affected by the coronavirus pandemic.

The bank maintained its leadership position in the Jordanian banking market, with a network of 118 branches and offices across the entire Kingdom. It upgraded its ATM network in line with the latest available banking technology, increasing the number of ATMs to 215 nation-wide. Internationally, the bank has branches in Palestine, Bahrain, Syria, Algeria and Britain, in addition to representative offices in Iraq, the United Arab Emirates and Libya.

At the end of his remarks, Al-Khatib thanked the Central Bank of Jordan, the Securities Commission and the Companies Control Department for their tireless work to advance the country's banking sector, praising their role in developing the Jordanian economy and delivering the framework to ensure its continued prosperity. He went on to thank the bank's shareholders, depositors, clients, as well as the executive management team and all employees for their continued efforts and loyalty. Al-Khatib added that he looked forward to the bank's continued progress and prosperity in serving Jordan under the leadership of His Majesty King Abdullah II Ibn Al Hussein. 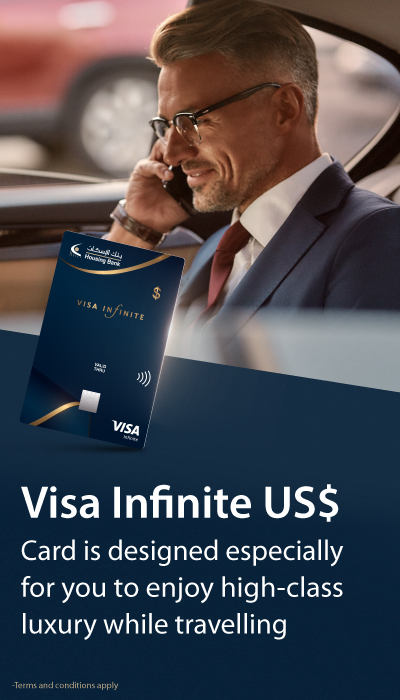